In Her Own Words

We’ve all heard the word and have a generalized idea of what we think depression is. But has society used this condition as a blanket to cover just about every other mental illness that exists? It seems like every commercial we see on TV is another ad glorifying the latest and greatest miracle pill that will make all the bad stuff go away. And as avid TV viewers, we see the ads, listen to the words and let them just float to the backs of our minds.

We see and hear the word ‘depression’ so often that we have started becoming desensitized to the word and to the disease itself.

We know people who claim to suffer from depression and wonder if they are being truthful or if they are looking for sympathy. I mean, come on. It’s a beautiful 75 degree sunny Friday. What can you possibly be depressed about?

Well, because of constant exposure and ridicule, people who truly suffer from depression are afraid to get the help that they really need. At least, that was how it was for me.

Her Story of Depression

I had suffered from depression for years, but I never knew that was what was actually wrong with me because I never thought to seek the help I needed.

Growing up, I cried. Like a LOT. And I always played it off that I was just a sensitive person and cried easily. But even as a 14-year-old, I knew that wasn’t right. Basically, I was a living and breathing water hose. Something would upset me and, being afraid to cry, I just held it in; kinked the hose. And when there was finally too much pressure to keep contained, I let it all out. And it always happened at the most horrible times. (Because honestly, what is teenage life without your own body turning against you?!)

I remember this one time I was watching a TV show on Disney with my sisters. It was this happy/sad moment that was really sweet, but was definitely not ugly-cry worthy. And of course, I was having a bad day. So the second the guy kissed the girl, I just started sobbing, and I couldn’t stop.

Of course my sisters laughed at me (and still do to this day). And I still play if off as me just being really sensitive.

The only difference is that now I know the difference. It wasn’t just me being sensitive. I was just really depressed.

Of course, depression isn’t just crying at the most awkward times ever.

For me, depression also included unhealthy doses of fatigue, the eagerness of coming home just to go to bed, and the need to stay in bed until the end of time. Depression was killing me, literally and figuratively. I was harming my body by not eating, staying indoors, and not getting the help I needed. But it was also slowly killing the girl I knew I really was. And I knew that what I was doing was not right.

I know it is easy to look back and think of how stupid I was for letting this go on for so long. But because of the media and the negative stigma that was beginning to surround the word ‘depression’ I was adamant that I was not depressed and was just a natural introvert. 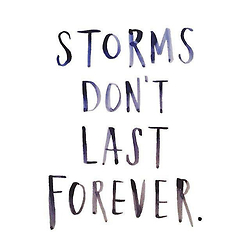 I’m going to admit that I was very apprehensive. When I thought about going to the doctor for depression, I could only imagine my doctor just laughing at me or not taking me seriously, giving me a prescription for one of those ‘miracle pills’ and then passing me along to my real doctor – the pharmacist. And can you guess what happened next?

Well, in case you were really trying to guess, I did NOT meet the perfect therapist. I did NOT instantly get better because of a ‘miracle pill’. And I sure as hell did not go through what I thought was going to happen.

My doctor actually took me seriously. They wanted to hear about what was wrong with me and why I thought I was depressed. After having a long (and uncomfortable) talk with them, they did put me on some medication.

And in case you are trying to guess what happened next… no, I did NOT get better instantly. 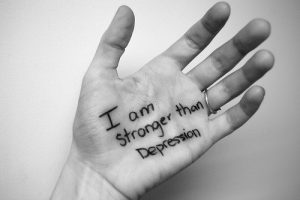 The first month of being on anti-depressants SUCK. I won’t go into details because I don’t want to gross you out. But it was one of the worst experiences of my life. I thought about quitting so many times because I thought it just wasn’t worth it.

But almost a year later, I can look back and say that it was.

I am no longer on medication and am doing so much better than I ever thought I could be. I still have my bad days, but seriously…who doesn’t?

I guess the point of all of this is to say that it is okay to go to the doctor if you think you need help. Society doesn’t lay in bed with you while you are hiding away from the world wondering why you are so anti-social.

And just know that no matter what, it does get better.

2 thoughts on “Depression – In Her Own Words”